Of Secrets and Cherry Pie 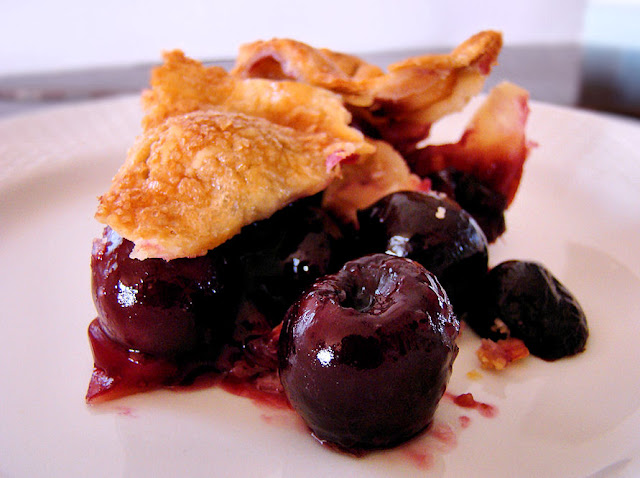 Secret number 11. Sometimes I wish I lived in a fictional town called Avonlea on Prince Edward Island, Canada. I wish I lived on a farm in Avonlea with lots of animals, wear pretty dresses with a corset underneath and pin my hair up. I want to be known throughout Avonlea for the excessive number of cherries in my pies, gossip with the ladies at the sewing circle, bake for the church bake sale and have hot tea and scones in the afternoons. I want to live like the characters on my favorite show Road to Avonlea (RTA). Is that weird? RTA has been off the air now for over ten years, but I'm able to relive every episode through my collection of DVDs...all seven seasons.

I've been watching it a lot lately. So much so that Mr. Incredible knows the names and relations of all the characters. I'm fairly confident he would be able to answer an RTA trivia question or two. This show has remained a favorite of mine because the acting is superb, it's heartwarming, and wholesome...which are the adjectives I would use to describe this cherry pie :) I hope you fit making it into your sssshedule. 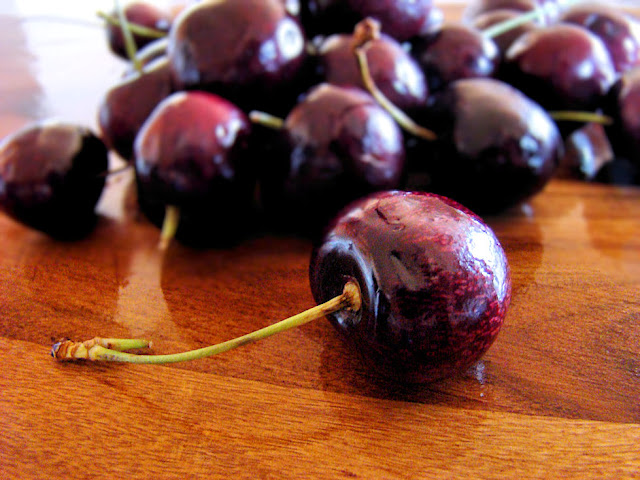 dough for double-crust pie (recipe here)
4 cups pitted fresh cherries (about 2 pounds unpitted)
4 tablespoons cornstarch
2/3 to 3/4 cup sugar (adjust this according to the sweetness of your cherries)
1/8 teaspoon salt
Juice of half a lemon
1/4 teaspoon vanilla extract
1 egg, beaten with 2 tablespoons water 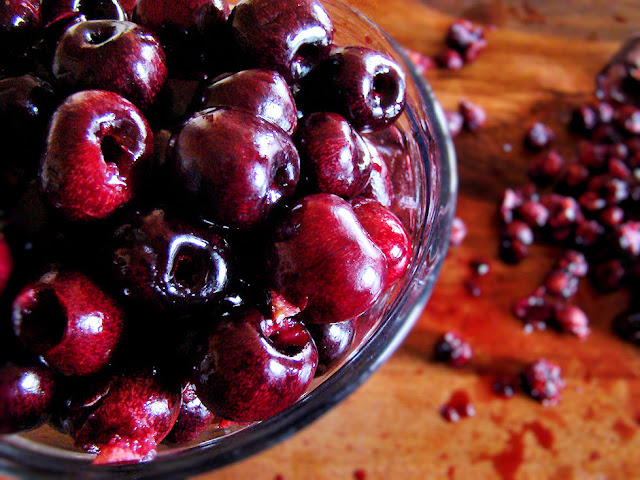 Preheat oven to 400°F. Stir together the cherries, cornstarch, sugar, salt, lemon and vanilla extract gently together in a large bowl. Roll out half of chilled dough on a floured work surface to 13-inch round. Gently place it in 9-inch pie pan, either by rolling it around the rolling pin and unrolling it over the pan or by folding it into quarters and unfolding it in the pan. Trim edges to a half-inch overhang. 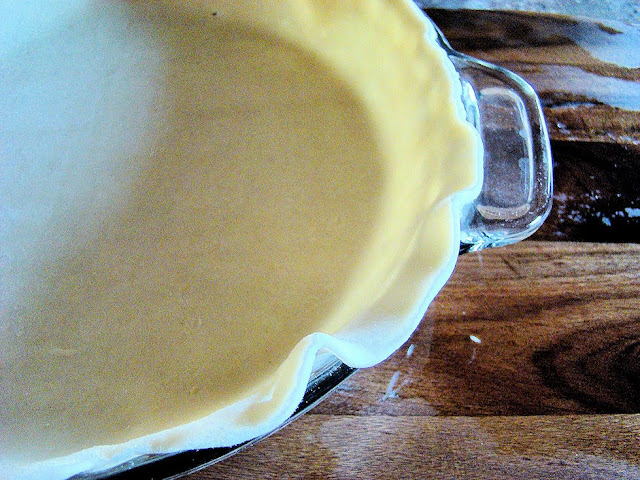 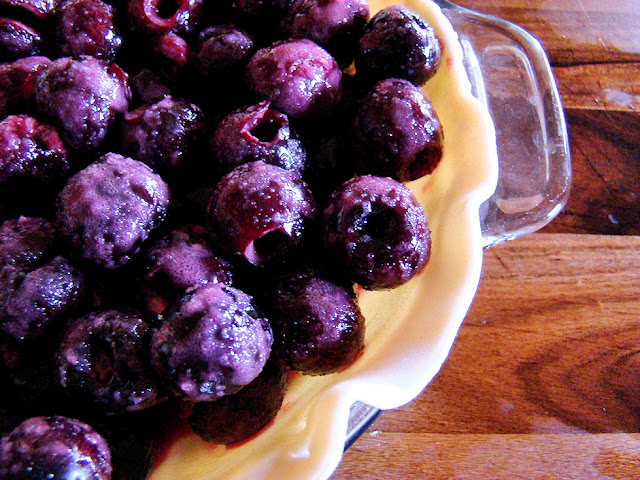 Roll out the remaining dough into a 12-inch round on a lightly floured surface, drape it over the filling, and trim it, leaving a 1-inch overhang. Fold the overhang under the bottom crust, pressing the edge to seal it, and crimp the edge decoratively. Brush the egg wash over over pie crust. 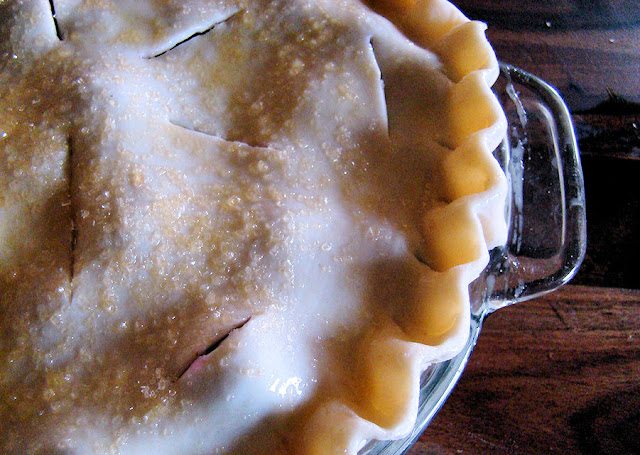 Cut slits in the crust with a sharp knife, forming steam vents, and bake the pie in the middle of the oven for 25 minutes. Reduce the temperature to 350°F. and bake the pie for 25 to 30 minutes more, or until the crust is golden. Let the pie cool on a rack. 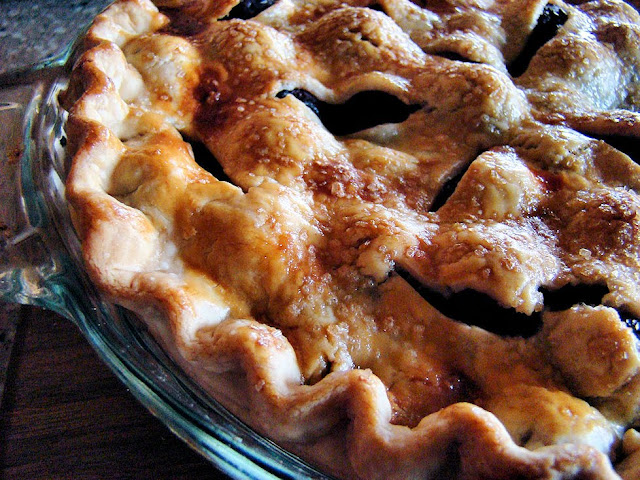 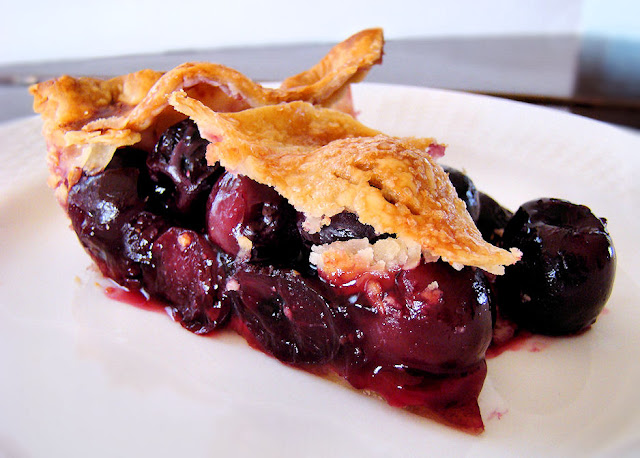