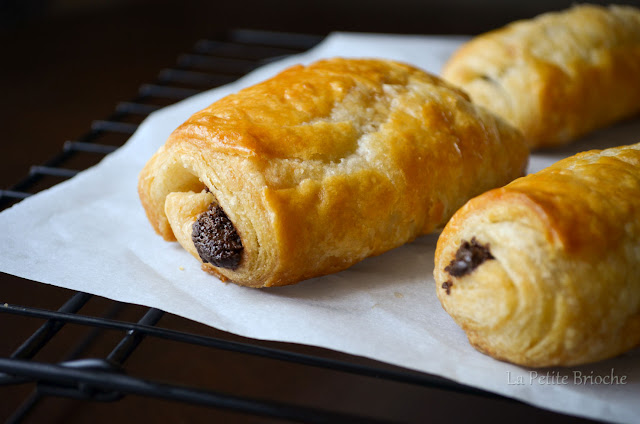 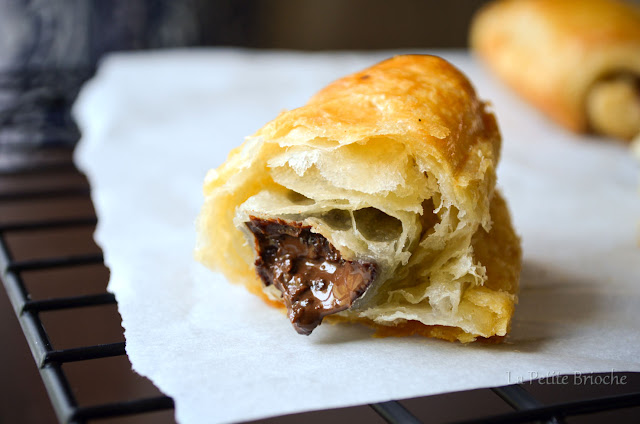 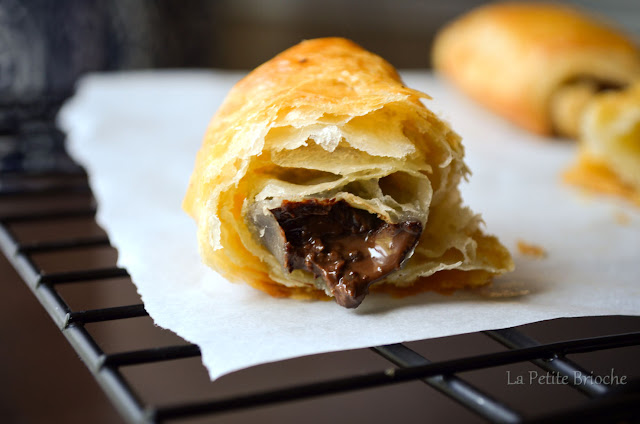 Quick Puff Pastry
from Not Without Salt

(If you don't have a food processor, like me, you can cut the butter into the flour by using a fork or bench scraper).

Sift together the flour and salt in the bowl of a food processor fitted with the blade attachment.
Add chilled, diced butter and pulse three to five times, until the butter pieces are about the size of lima beans. Add water to the mixture and pulse again about three times. Invert the crumbly mass onto a lightly floured work surface.

Using a rolling pin and bench scraper, shape the mass into a long rectangle. Use the bench scraper and carefully flip one third of the rectangle toward the center. Then, flip the other end to the center, like folding a business letter. Rotate the dough 90 degrees.

Reshape and roll the dough into a rectangle. Repeat the folding and rotating process three more times for a total of four turns. If the dough becomes soft or sticky during this process, immediately refrigerate until firm.

Start with the rolling pin at the center. Roll away from you. Return to the center and roll toward you. Repeat the folding and rotating process of the dough two more times for a total a total of six times.

After the sixth turn, wrap the finished dough in plastic wrap and refrigerate to make sure it is well-chilled before baking. The dough can be refrigerated up to three days or frozen for several months.
Posted by Christa Rose at Sunday, August 19, 2012