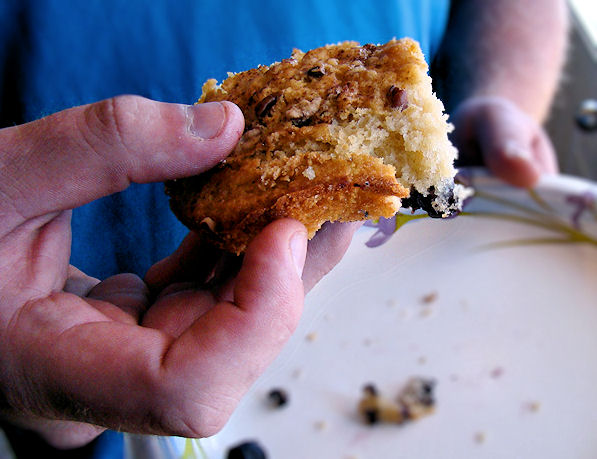 The Football Heads of North America (Pigskinus Gigantopithecus) have flourished in man caves over major cities as well as the rural areas of America. They are often characterized as passionate creatures and are jovial when their team of choice is winning. They are, however, prone to fits of rage over a bad call and it is advisable that you avoid them when their team in on a losing streak. An angry football head is a dangerous one.
These bigfoot-like animals have the digestive systems of omnivores, but can adapt to a steady diet of beer, pizza and chicken wings, which make up the majority of their diets, during the 5 month football season. Seeing that they are deprived of freshly baked goods, my bait of choice is the Blueberry "boy bait" cake. With a tender, buttery crumb, this cake is 95% effective in catching the football head of your choice. 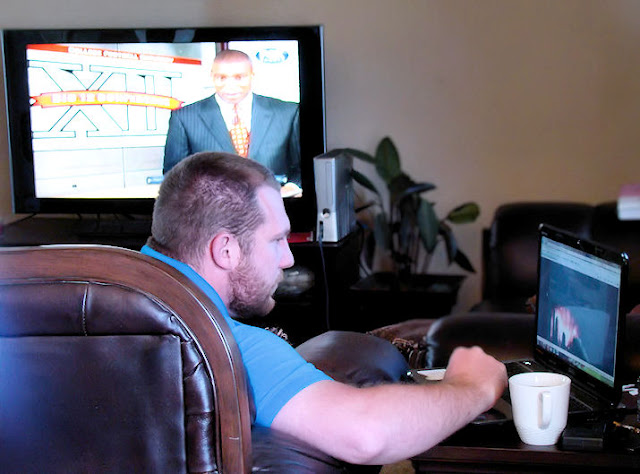 Shhhh...I see one now. This is Pigskinus Gigantopithecus in his natural environment. The man cave.
Observe the man toys both set to football related activities; laptop set to his Fantasy Football Stats, flat screen TV set to ESPN hours before a game is scheduled to begin. Don't worry he can't hear me. A recent study has shown a new malady that affects all Football heads. The development of selective hearing. If needing to communicate effectively with this man beast, it should be done during a commercial break. Let's snag one of these suckers! Bring out the boy bait...

I got him! And a fine specimen at that :) 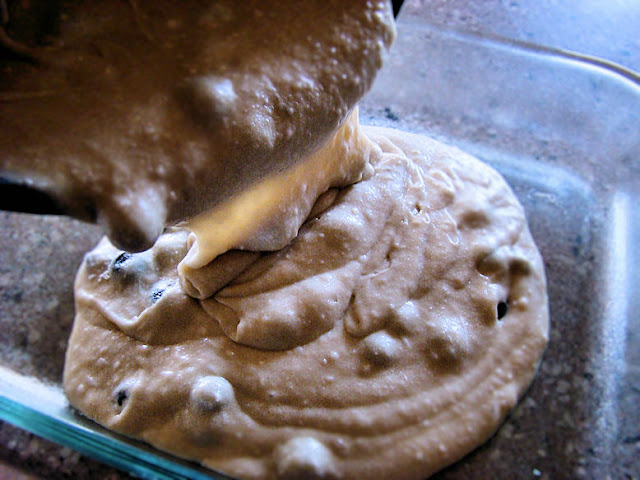 For the topping:
Scatter blueberries and pecans over top of batter. Stir sugar and cinnamon together in small bowl and sprinkle over batter. 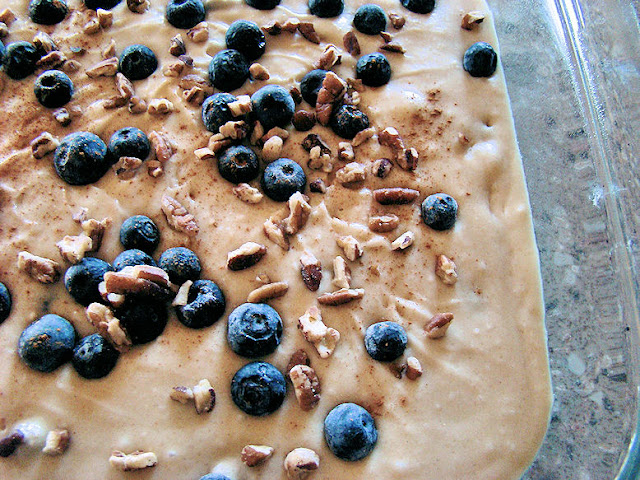 Bake until toothpick inserted in center of cake comes out clean, 45 to 50 minutes. Cool in pan 20 minutes, then turn out and place on serving platter (topping side up). Serve warm or at room temperature. (Cake can be stored in airtight container at room temperature up to 3 days.) 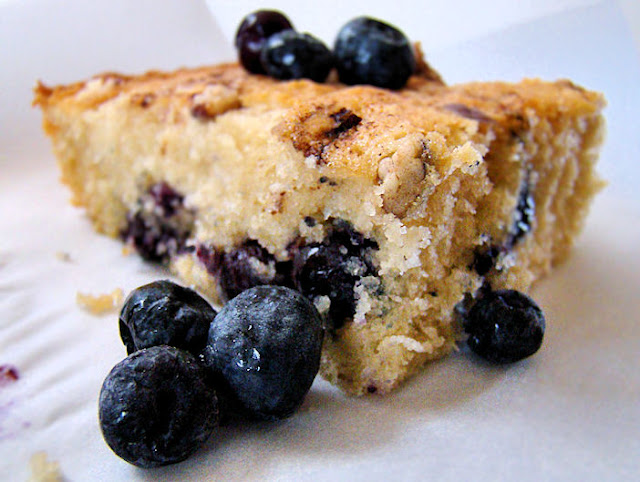