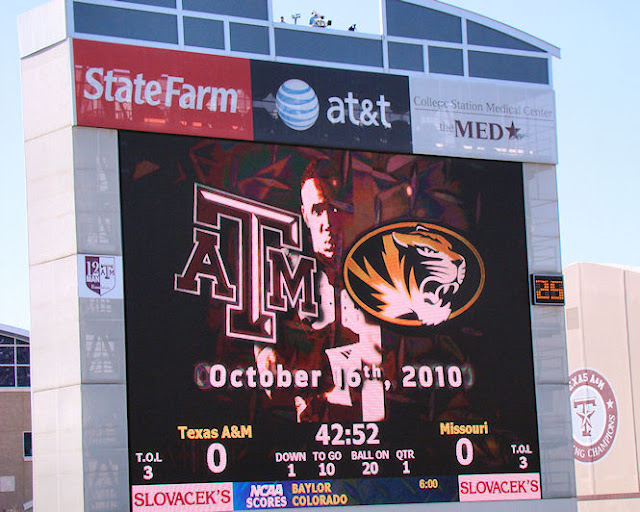 Last week Mr. Incredible and I road tripped from San Antonio to College Station to watch the super awesome Missouri Tigers take on Texas A & M. We left at the ridiculous hour of 5am and arrived around 8am. We ended up parking beside fellow MIZZOU fans who flew from various states just to watch the game. Die hard fans are we... 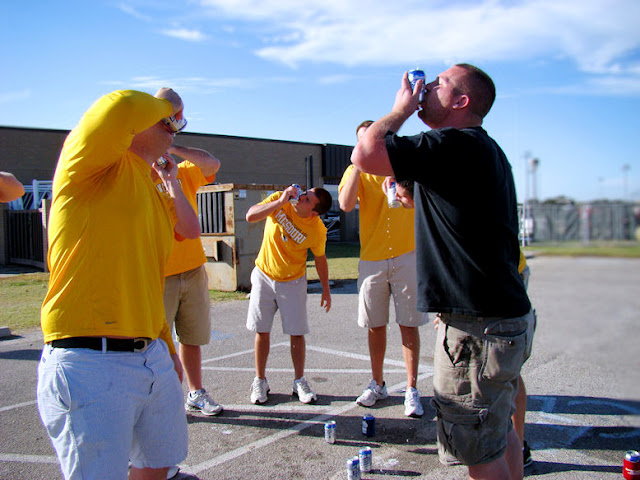 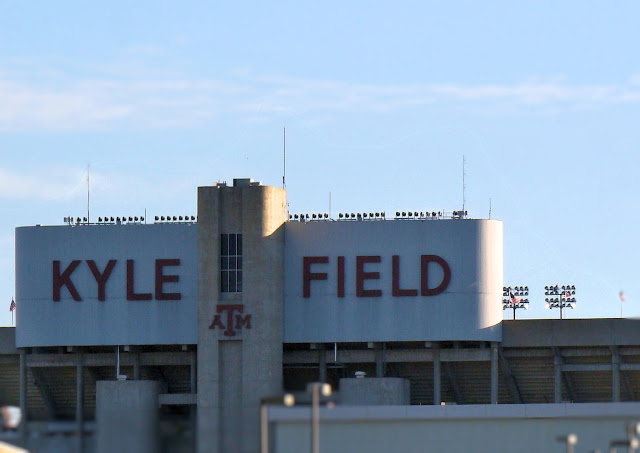 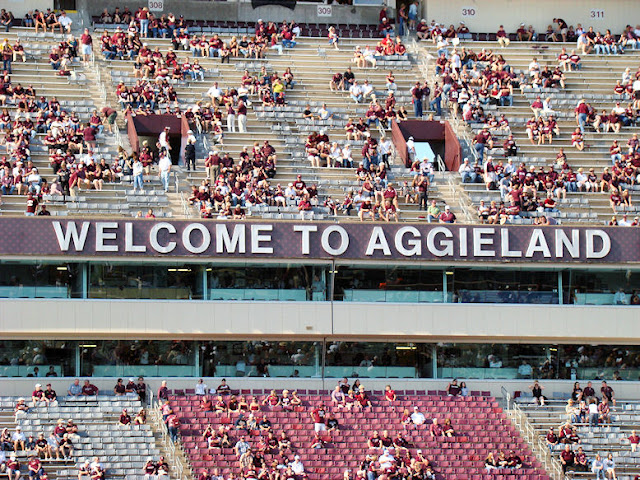 Oh yes. This guy had some mad yelling skills and moves to match. 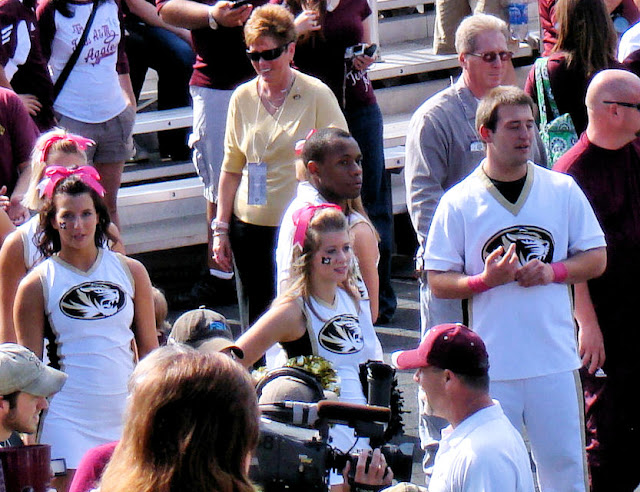 No worries MU cheer squad, your moves and uniforms are way sweeter!

Watching a game on the other team's home turf can be a little intimidating. 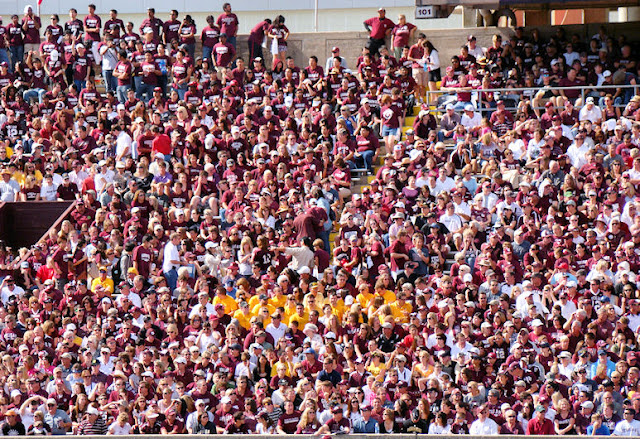 The MIZZOU fan were most definitely out numbered.

But, the Aggies were gracious and respectful hosts even after we 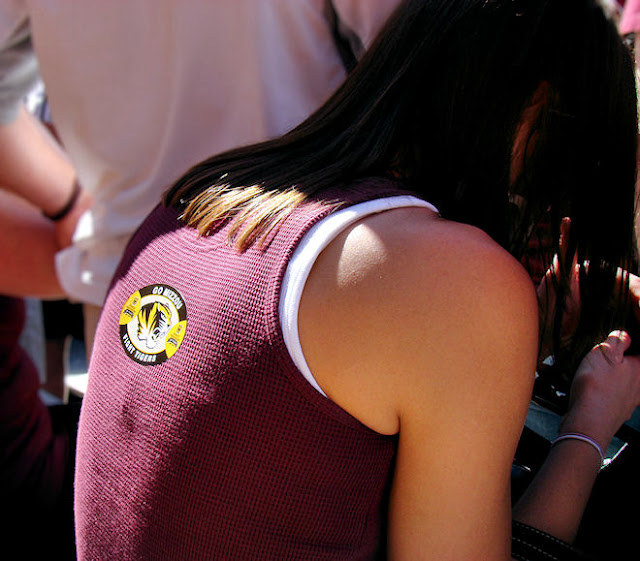 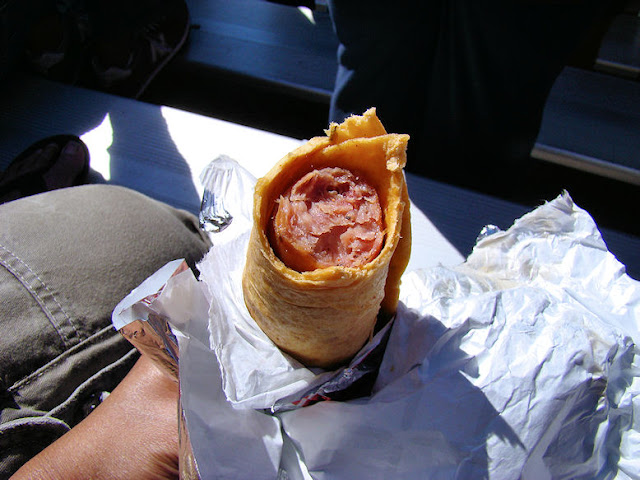 ...whined about their taste in game day food (yes, this really is just a sausage with a tortilla wrapped around it) 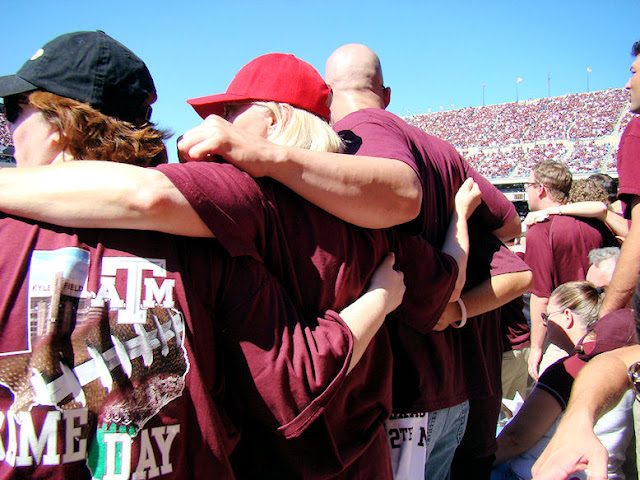 ...poked fun at their coordinated sing and sway routine...which they all rehearse the night before. 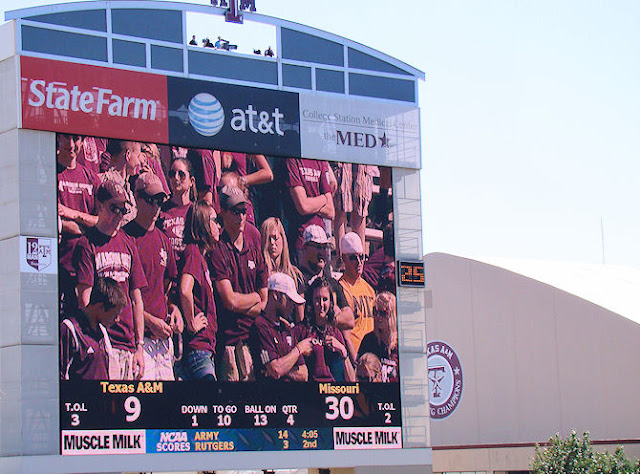 Back to Columbia, MO where we take on the Oklahoma Sooners. M-I-Z!!!
Posted by Christa Rose at Saturday, October 23, 2010